One of my favorite destinations in the area of CM is the hot springs at Sankampaeng. The first time Matt had come to Chiang Mai, we had hired a guide for a trip into hills for a few days, and on the way back, he took us there. We hated it. The pool was overcrowded, and we didn’t know what we were supposed to be doing. We also didn’t have any towels. The guide insisted we go to the pool, dip our feet in the meandering hot streams, and suggested we cook eggs in the hottest part. He followed us around and we felt very uncertain. We had hated him already, and this was just icing on the cake.

Somehow, though, I eventually gave it another chance, and have loved going there ever since. I just take it easy, going right away in the morning, enjoying the pool, then a foot massage right beside the pool. This time, we started like that, but we also were 3, so it made enough sense to cook some eggs and buy some papaya salad and juices to drink.

After lunch, I went to the massage building and had a 1-hour massage while Matt and Jennifer relaxed and chatted in the shade.

We had hired a driver for the day, and he was quite surprised at how much time we’d spent there. I think he’d hoped to sell us several other tourist destinations on commission (since he tried really hard anyway), but we’d already agreed to one, and that was enough.

I have never been to one of the craft “villages” that I’m always heard about. We went to the umbrella factory, which was on the way back towards the city. I honestly had a picture in my head of a small town with lots of independent artisans. The reality was a very interesting handicraft factory. Different stations handled different aspects of the making of umbrellas, in many different sizes. There were also fans.

Once you’ve viewed the fabrication areas (no charge), you are directed into a gallery/factory outlet/gift shop. Right before that, you pass all the people trying to sell you handpainted designs on your hat, your phone case, whatever you like. Those people were kind of aggressive, and I wasn’t in the mood to shop, so I went inside, looked at the awards and important visitors gallery, then went outside for a Thai iced tea at the cafe. The taxi driver was also there waiting. He tried again very hard to sell me on more places we could go, either on the way back, or on another day, or even that evening. We were all so tired, that even if we had wanted to, I don’t think we could have.

Matt and Jennifer each bought an umbrella, and Matt bought some other various gifts. I didn’t really see what, since I was already outside by then. 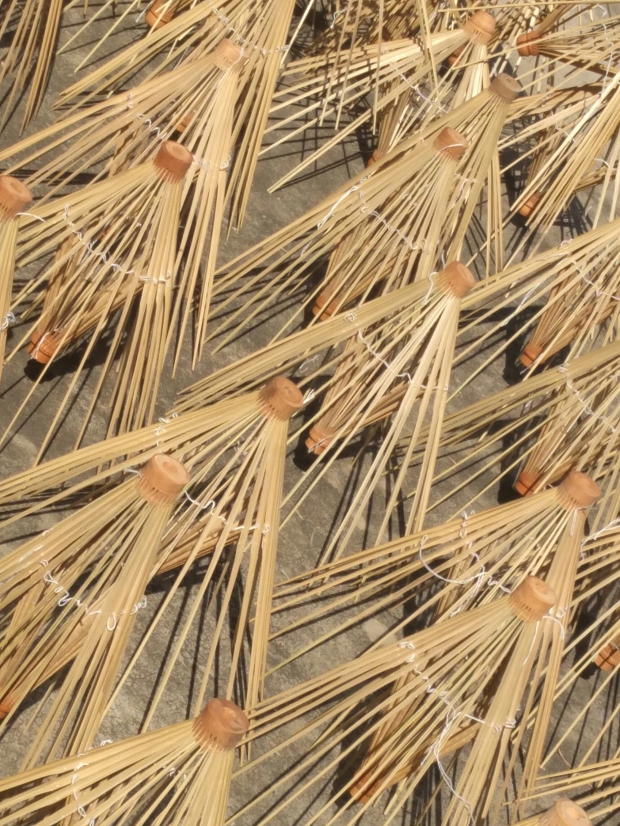 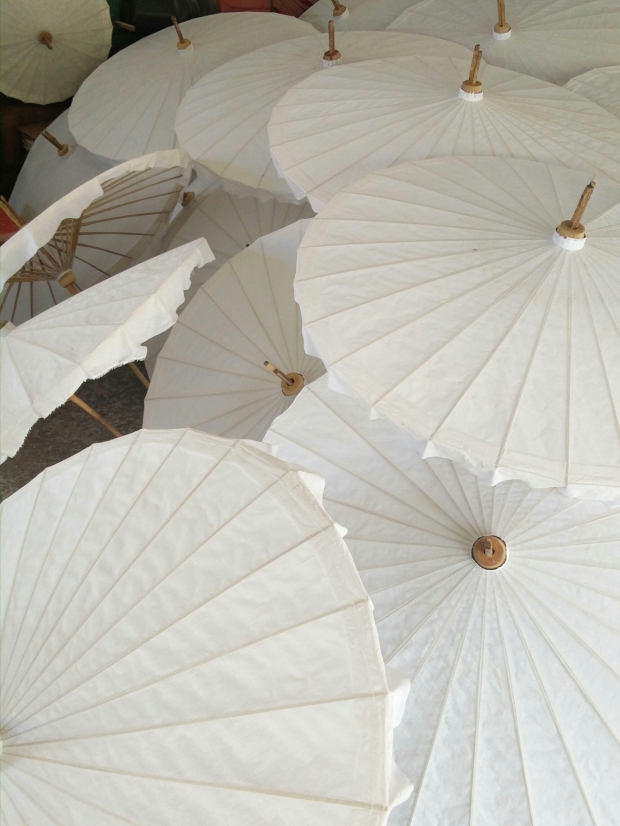 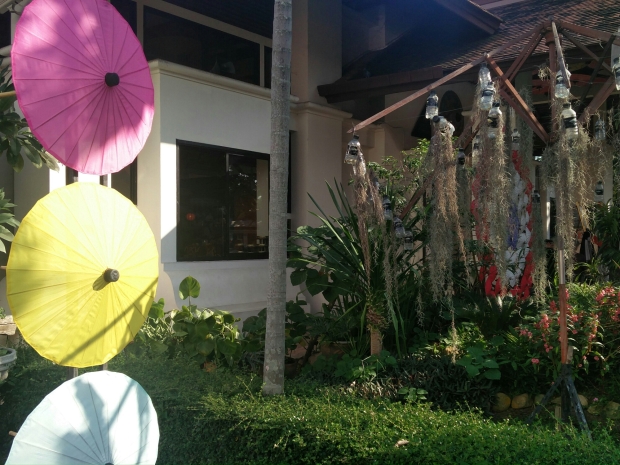 We had another fitting at the tailor that evening, before going for dinner at a small restaurant nearby the hotel. Unfortunately, it was a disappointment, so I won’t bother describing it here.