One of the must-do things when visiting Chiang Mai is Doi Suthep, a temple on the mountain overlooking the city. I recommended we get an early start, so we caught a songthaew, the red trucks that serve as slightly flexible taxis/buses over to the Chang Puak Gate Market, where we could catch another up the mountain. There were 2 other tourists, French-Canadians, already waiting, but the driver would only go when there were 10 waiting. So we all waited until we collected more. We offered to pay for the empty seats when the wait got long, but instead they tried to sell us a 2-way where they’d walk around with us and we’d have to come back very soon. We tried to say we were happy to just pay extra for the 1-way, but somehow this drew some hostility from the driver who was waiting with us. Oh well. Luckily, 2 groups of Thai tourists showed up soon after, and they didn’t want the 2-way deal either, and everything was fine.

The journey to Doi Suthep begins with a drive up the mountain, winding past overlooks and smaller temples and shrines, and if you have private transportation, even waterfalls. The songthaew dropped us off right at the beginning of the giant dragon staircase. There were little girls in Hmong cultural dresses offering to pose in photos. I’m not sure if people then pay them… we were more interested in the stairs and dragon. I’ve been to Hmong New Year celebrations and danced with my students and their families… the little ones and their greetings were cute, though. 😀 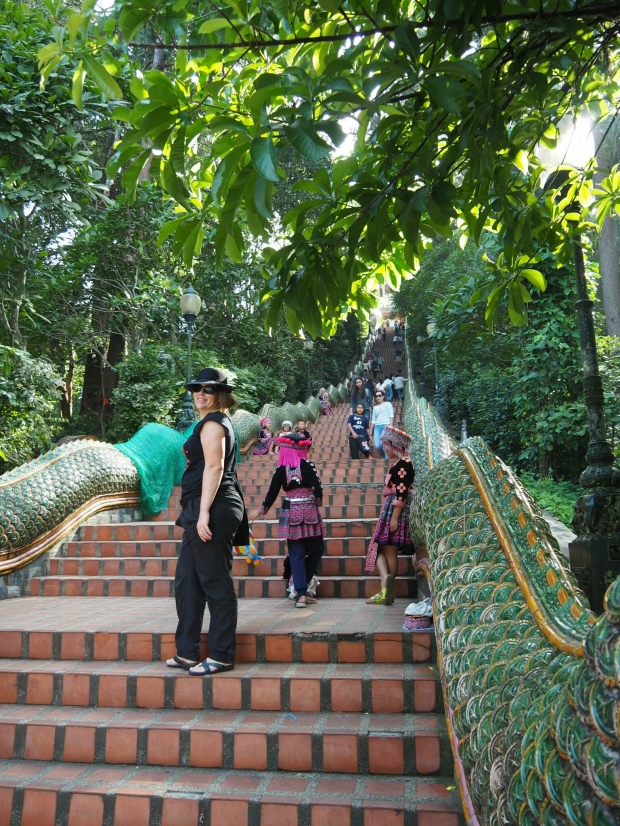 I also love the alligators (crocodiles? who knows the difference?) with the donor information.

The temple of Doi Suthep has many many beautiful statues of Buddha, monks and many other deities. On a clear day, the view of the city

I borrowed the nice camera back from Matt for part of the time we were up there. I need to make new birthday cards for my business, and both of the previous ones came from there as well. It’s honestly hard not to take more pictures of all the beautiful bells, though. I struggled to take other pictures. 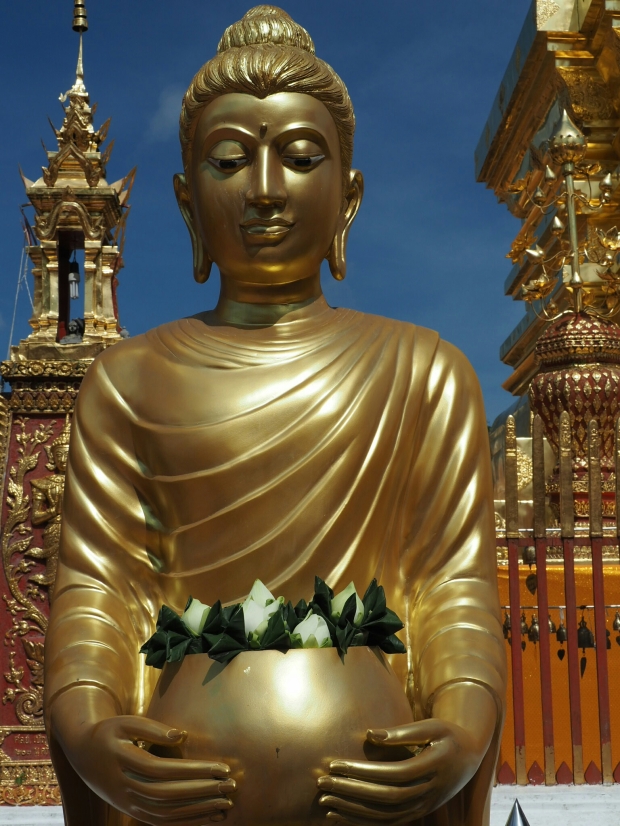 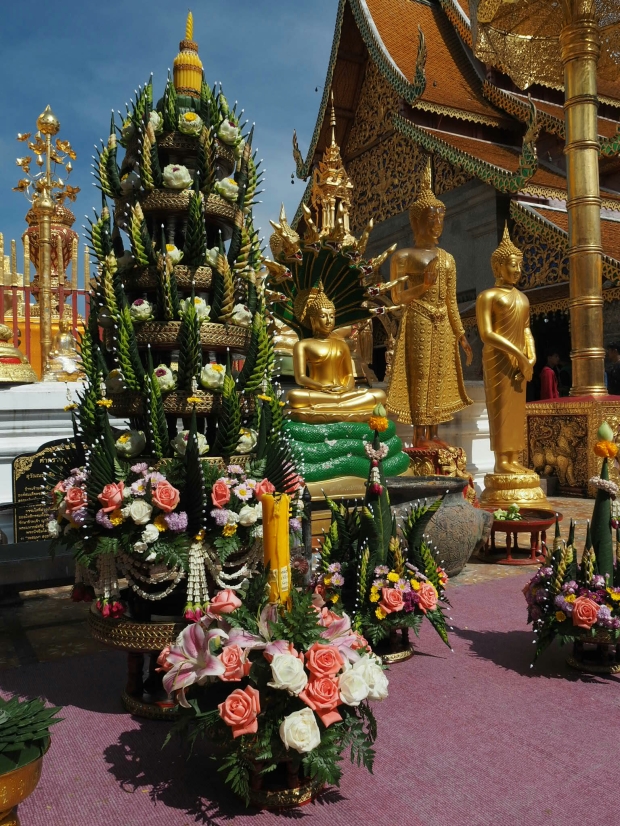 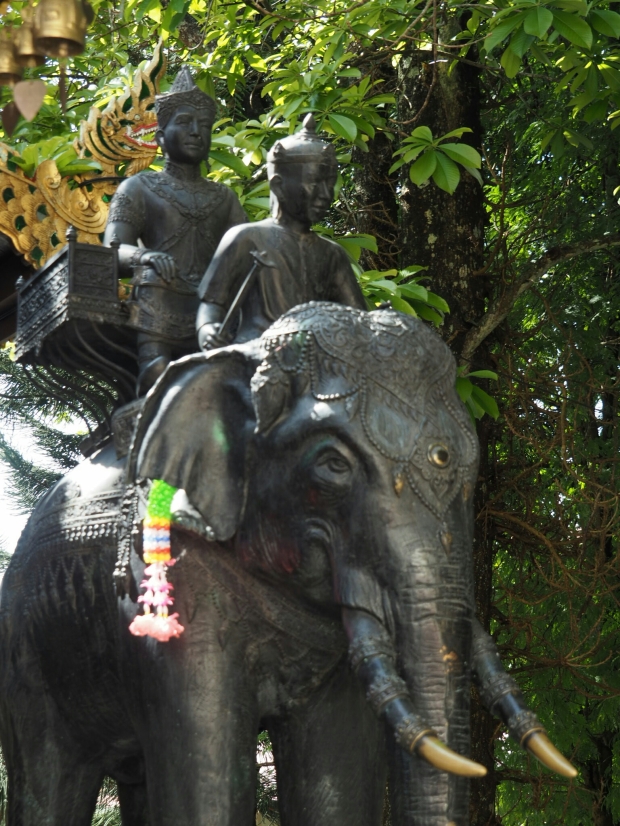 It turned into a pretty hot day, so when we were done with the temple, we enjoyed a cold ice cream in the shade then went straight for the songthaew and a return to the city.

The ride back refreshed us, so we decided to walk around the other corner of the old city (the northwest corner), since none of our other days’ sightseeings had taken us there. Of course this plan overheated us again, so we rested over lunch at a small little restaurant on one of the side streets.

There’s a little bun shop where one year I’d stopped every morning for buns for my breakfast. Since we were going that way, we went there too. I had the black bun with black sesame filling and tried the Thai tea cream one which I didn’t love as much. Matt had a peanut butter one, and I don’t remember what Jennifer had. And we carried on to the park in the southwest corner. There’s an air-conditioned coffee shop there, so we enjoyed another iced drink while we watched kids play in the park, and admired the scenery.

Finally, we went back to Pha Thai House for the swimming pool and a rest. It’s not a big pool by any means, and not suitable for any real attempt at exercise, but it’s a great pool for cooling off and splashing or floating around in.

Our next order of business after a lengthy rest period was to go back to the tailor across the street for the first fittings. 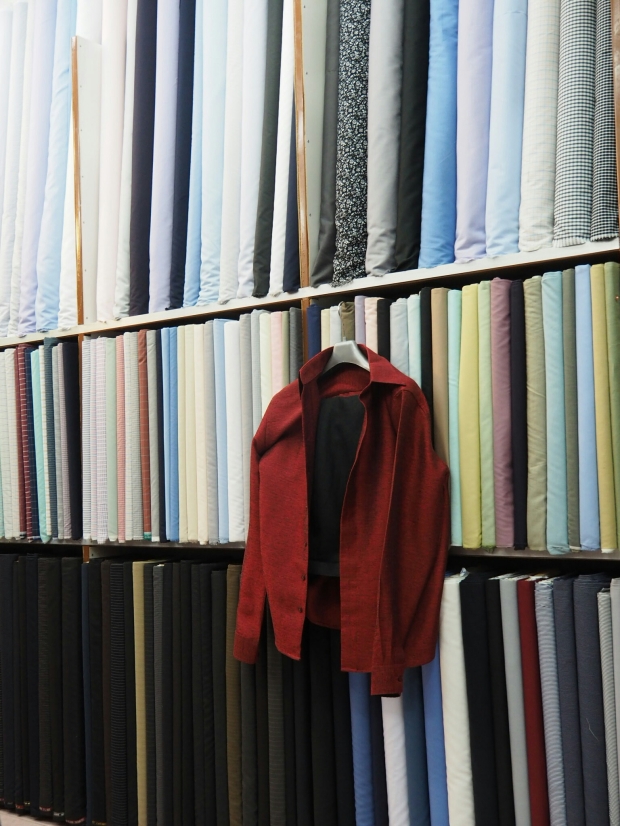 Oh, from our walk around the northwest corner of Chiang Mai: 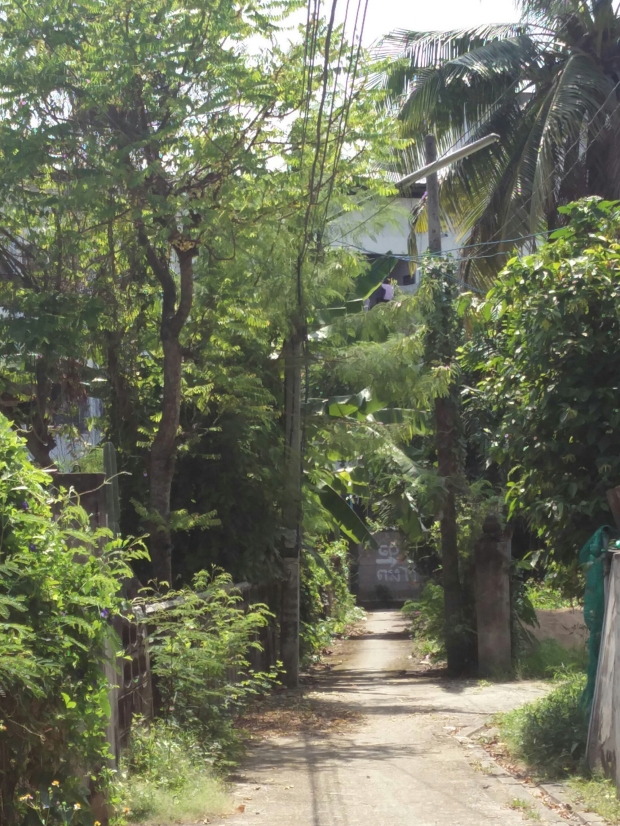 For dinner, we took a tuk-tuk to Anusarn Market, my favorite part of the Night Market, for fresh seafood and artistically-made ice cream (photos are in some previous blog post from another trip, so I’ll skip that this time). The lobster was fantastic. In the market, afterwards, I found my favorite tea again (Morning Dew) and bought out most of the seller’s stock, so that I’m all set for quite a while. It was a late night, and I was glad that the next day should be an easy one.