Our morning bath-tub view of Mt. Fuji was non-existent on Thursday, as the clouds from the night before had fully solidified. I was even sure it was going to rain. We checked out of our care hotel and took a taxi to our next hotel, where we left our bags for the day.

Luckily, there are other beautiful ways to spend time in this part of Japan. There are several caves, forest walks, and many cultural sites and small museums. We decided to go for nature, and took the bus out about an hour to visit the caves.

The Ice Cave was our first stop, a very small cave with narrow parts you almost have to crawl through. Ice forms there, but it was also used as a storage for ice, so it was very cold. Hard hats were provided and signs cautioned about slamming your head into rocks.

There were also two shrines inside the cave. They were very small, but quite unique.

After the Ice Cave, we walked about 15 minutes to the Wind Cave, another old lava tunnel. This one had also once been used to store silk worm cocoons  as well as tree seeds. I found it fascinating, although also quite short. I wish there had been more to read in the exhibits.

We missed the bus as we came out of the cave, so we decided to hike through the forest trail to the next tourist area where we could catch the bus. The forest was lovely, and I think the 20-30 minute walk turned into about an hour and a half. We took lots of pictures of trees. 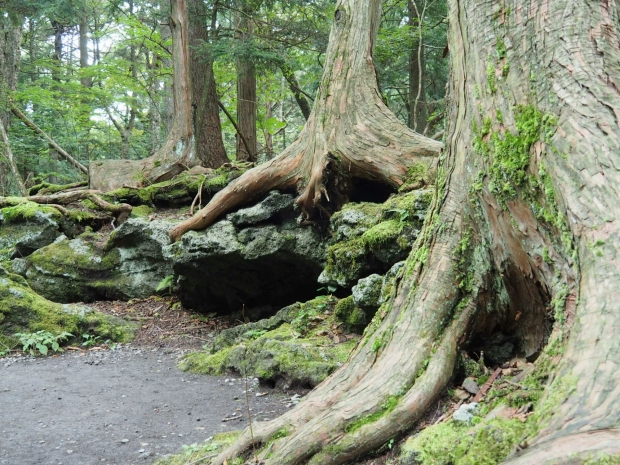 This one was the coolest, because the parasitic vine had grown so well that it had eventually ripped the tree apart! The vine still lived, but that tree was toast.

When we got to the next bus location, there were stands set up selling foods and various souvenirs, and the apples were enormous, so I had to buy one. We shared it while we waited. 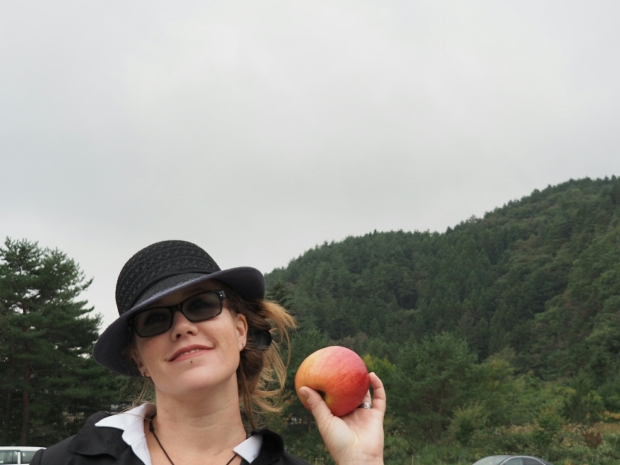 By the time we were returning, Laura and Denis had arrived in town and had checked in. We rode the bus further than necessary in order to meet up with them, and enjoyed a nice walk along the lakeshore. 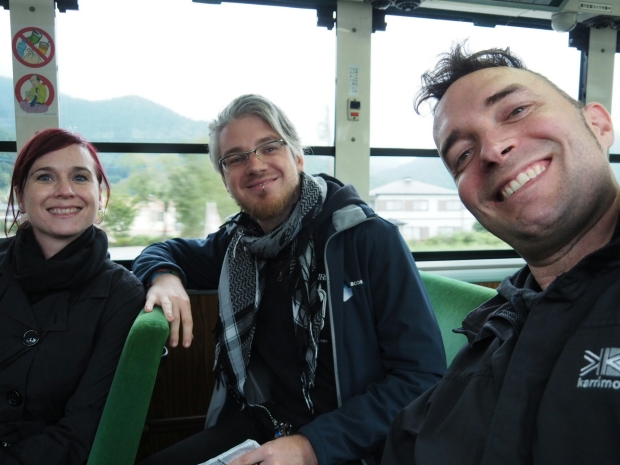 When we were getting hungry, we caught the last bus heading in the direction we wanted. For tourists, this area has a bunch of retro school buses. This one was late, and as she drove up, she opened the door and started shouting in the cutest voice: “Sorry sorry! Get in, very cold!! Sorry sorry so late! Get in, get in! Oh sorry, very cold!!” She was so funny. Of course we got right in. She was also right; it WAS very cold.

Out of the bus again, we got lucky enough to find a restaurant serving Hoto Fudo (Ok, that’s the name of the food/restaurant for real, and means something other than “hot food,” but we had a lot of fun with it. It was a big hot pot filled with vegetables. I think the broth may have been miso. We also had a side of pickled veggies and a plate of raw horse sashimi, which had been sliced while raw to preserve the perfect shape for sashimi. 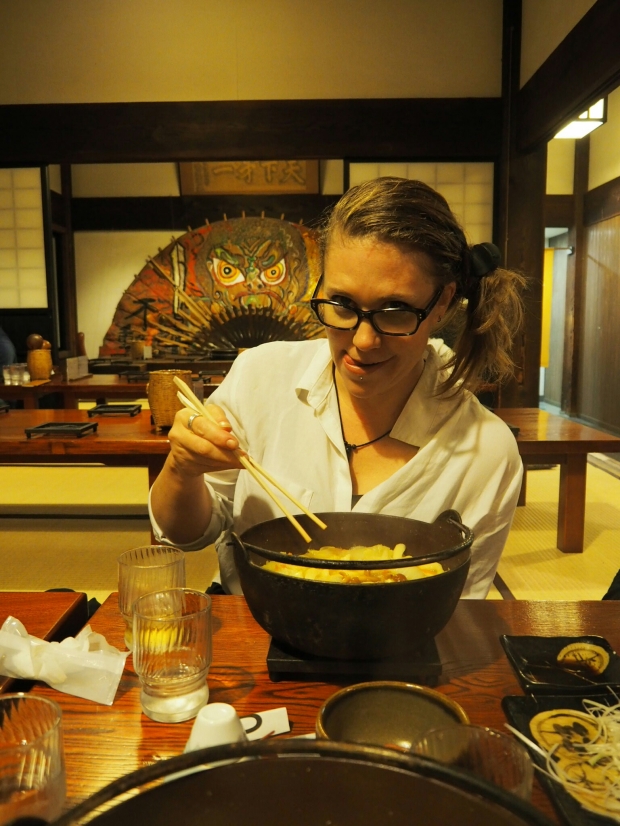 After dinner, we went back to the hotel, enjoyed a bath in the hotel’s onsen (not traditional, just private large bath rooms, but still nice), and then met up for drinks and later live music performed by our host. The hotel was a bit bizarre, I must say, but we had a good time anyway.