After such an exciting Saturday night, we predictably didn’t make it out until Sunday afternoon. Meanwhile, Max & Guido, who had not joined us for the gothic night, had a good chance to wander our neighborhood and consider options. They were all set to go to Yoyogi Park!

Yoyogi park is at the same metro stop as Harajuku, so there were many teenagers who also got out when we did.

The four of us (Matt and I, Laura and Denis) waited at the gates for Max & Guido to come find us, then we headed into the park in the direction of the Hokkaido Food Festival.

As with any city on a beautiful day, it seemed like half the population was in the park for the afternoon. One group had pet meerkats! 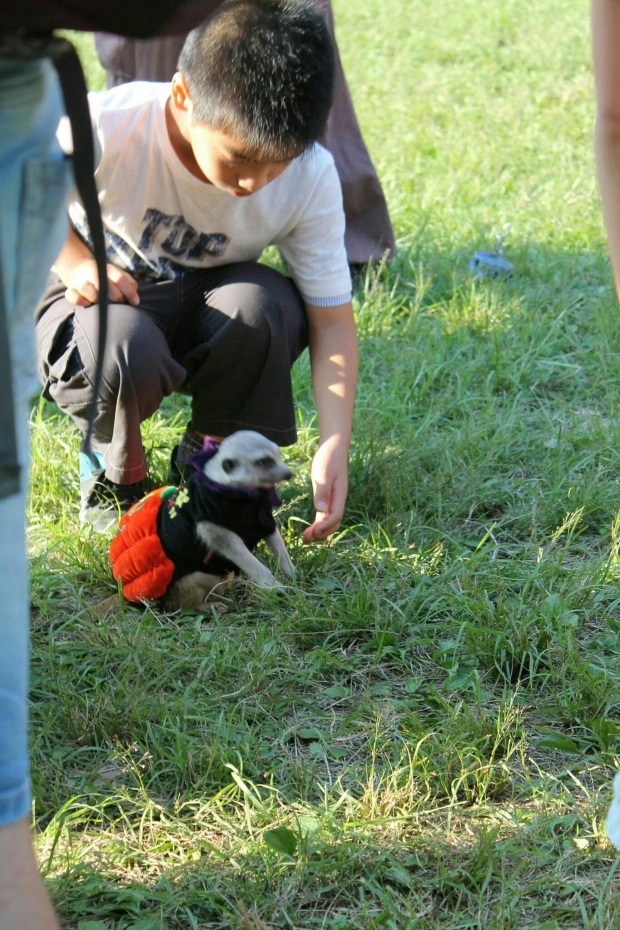 The food festival was wonderful. I was quite hungry when we arrived, since I hadn’t had breakfast and it was already around 15:00. When I saw the crowds, I became very anxious that this was going to be a big problem.

In Amsterdam, people don’t do queues very well. They all crowd around. You try to keep an eye on who was there when you arrived and who came after you, but it’s very stressful and you have to get aggressive quite often. Even in small establishments, the people serving don’t help the situation, usually ignoring everything and blandly calling out, “Ok, who can I help now?” as if they didn’t see the person standing right in front of them desperately trying not to be barged in front of. And people DO barge in. It took me a while before I learned to just say, “oh, no, mevrouw (or meneer; the really tall ones are particularly guilty of this, like they just don’t see short people)… I was here before you!”

Anyway. This is not the case in Japan. I accidentally walked through a line for Hokkaido ramen with corn, not realising it was the line. No one ruffled a feather. I figured it out and walked to the end of it, worried that it was such a convoluted line that someone would just walk in front of me. That didn’t happen. The next person did exactly the same as I’d done (including the blunder with the middle). And the next. Also, no one pushed or shoved or even bumped into me! The line moved super efficiently, and I was at the front of it in no time. Unfortunately, they ran out of the exact version I’d wanted 5 people before I got to it, but I simply ordered one of the others, paid up, and went to find Matt in another line.

We ate so much good food. In addition to the ramen, we sampled fried and breaded balls of octopus and another fish, giant snails, crab legs, and many many more things.

When finished with your meal, garbage is sorted by everyone, so tables stay usable and relatively clean. There were many tables and most had shade. Since everyone cleaned up, the whole process was very easy and not stressful to those of us who dread big events. 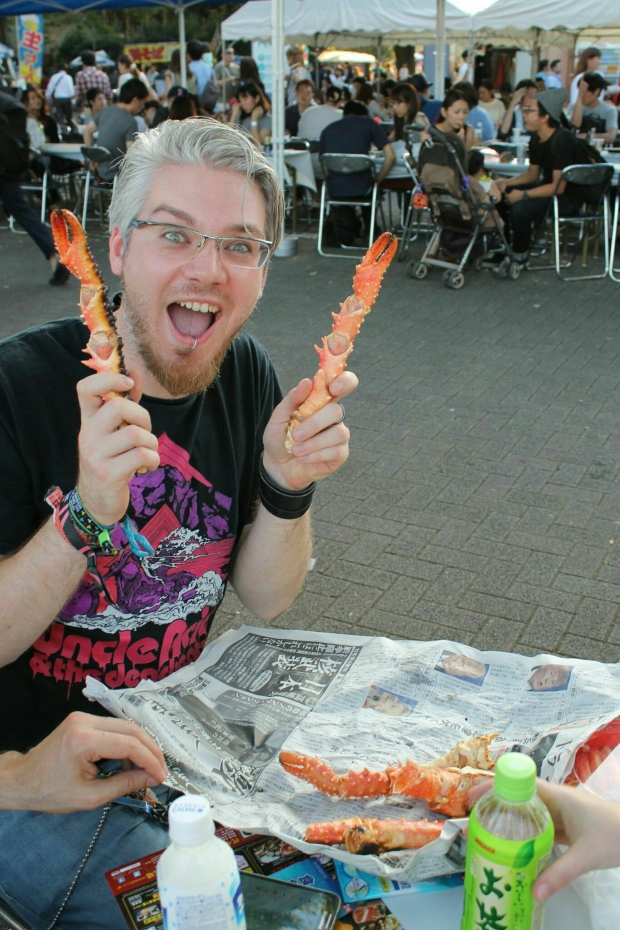 We left around 17:00, just in time to head over for the sake dedication festival at Nogi Shrine!