Max had read on Time Out Tokyo about a sake offering festival at Nogi Shrine. It was necessary to register for it, so while we enjoyed the delicious meal the evening before, I had sent an email to arrange entry for 6 people.

We barely left the Hokkaido fair in time, but weren’t sure how it worked out, so we decided to get there for the beginning. I’m so glad we did. It turns out that this wasn’t just a festival and tasting, but a formal offering to the gods for a good sake-producing season, followed by a tasting. 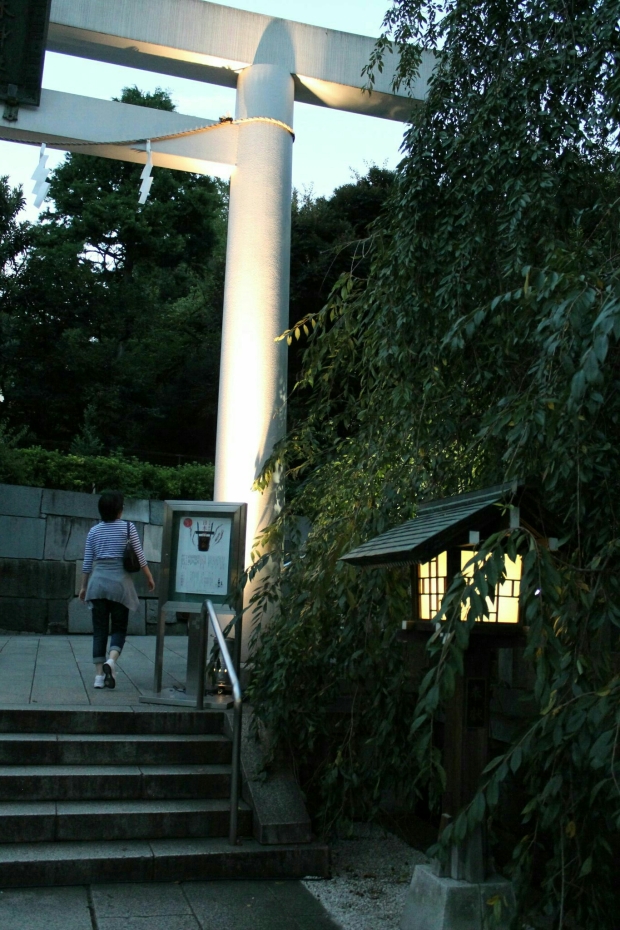 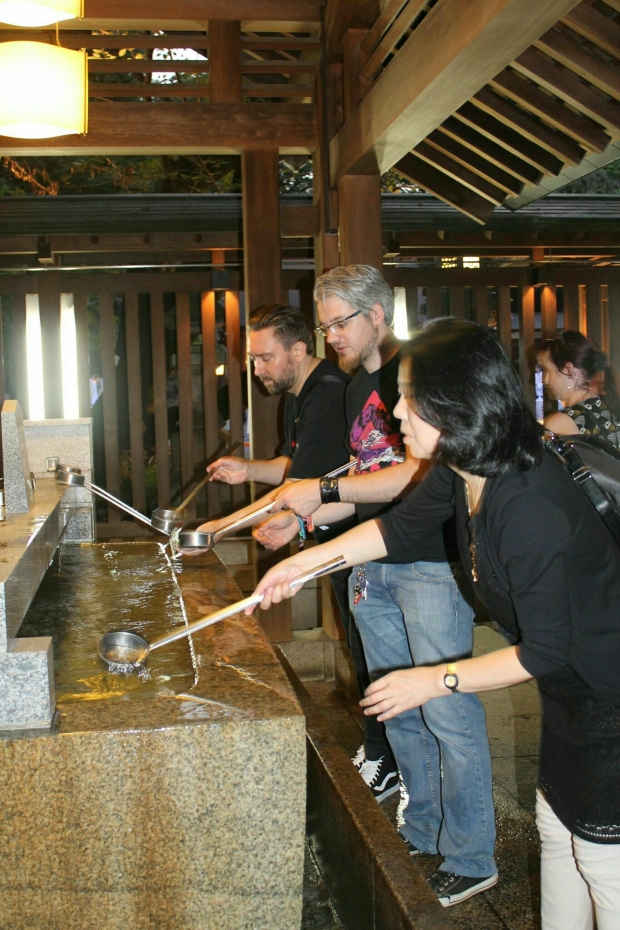 We had no idea what we were getting into. Most of the other people arriving as we did were well-dressed (we were dressed for the day out in a park), and there was a place to formally clean yourself before entering the shrine. None of us knew what we were supposed to do (yet), so we tried to copy what others were doing. Then we were ushered into a solemn area, where soon enough the ceremony began.
This was our first observation of a Shinto ceremony, so we were as yet unaware of what was supposed to be happening, when to clap, when to bow, etc. We mostly stood there. At the end, I got in trouble for attempting to take a picture. Now I know that this is ALWAYS unacceptable. Even shrines not currently being actively used have signs up reading “No photo.”

After the ceremony, everyone proceeded further into the grounds, where we were issued small plastic cups of sake and awaited a formal welcoming and toast by (I think) one of the sake masters. Even before he finished, there was a sudden mad rush by those in the know (not us), for the stands of snack boxes that included our cups, to begin the sampling. 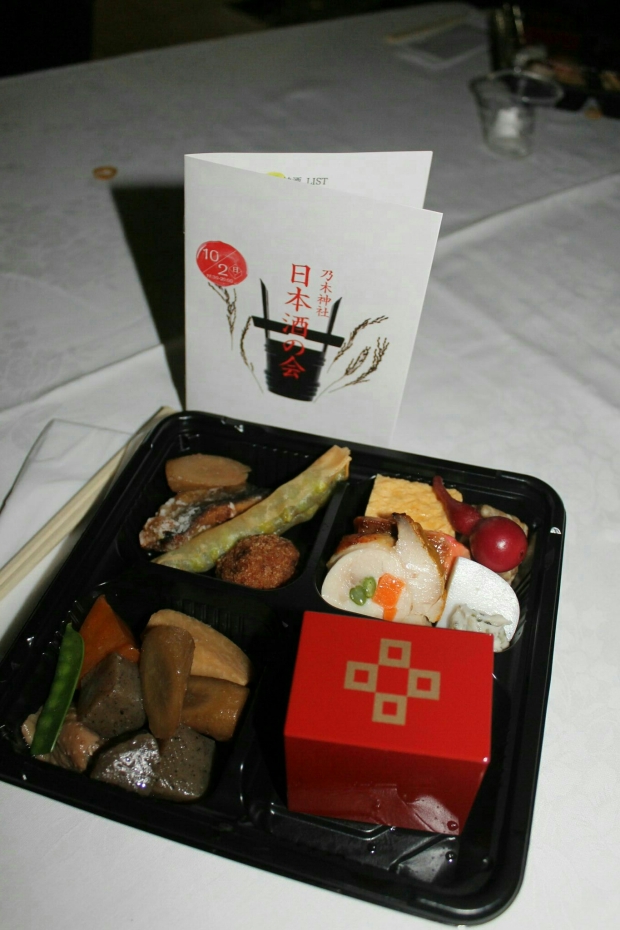 We were a bit slow, but not to worry. There was plenty of sake to try. Two rows of tables were set up on either side of the courtyard, one having sakes that are available for public consumption, and one with sakes that are produced as offering to gods at various shrines around the country. Each of those sakes had flyers available for visiting the shrines.

Honorable mention: I would very much like to thank our new friends Yuji and Satomi for most of this information. Satomi wrote the article Max had found, and she and her father were there with a lot of great information. Yuji was the first person to walk up to us and ask us how in the world we had discovered this event. Both were super friendly and introduced us to many more people, as well as answering all sorts of novice questions! I’d also like to thank my new friend Yoshiko and her friends for teaching me how to properly wash before entering a Shinto shrine!
I can’t possibly describe everything we learned with perfect accuracy. Here are a few highlights:

1. Contrary to what I’d previously been told, not all sake served warm is crap. Sake is served at many different temperatures, depending on the sake. One temperature is supposedly the same temperature as the bosom of a virgin (sorry, Satomi, but your dad’s information was hilarious and must be included!).

2. Of the commercial sakes, some is pure rice alcohol, and some is strengthened and mixed, such as with port wine. (I’m sorry, Yuji, that I’ve forgotten the word for this).

3. Sake is not actually very popular in Japan. However, sake fans enjoy very much their little club, and hope that it will gain popularity. I think it will, much as gin and even jenever, are enjoying a revival, no longer only for grandparents.

At the end of the festival, the big barrel of sake that is broken open by the head honchos at the beginning is available to everyone to drink, so we all were drunkenly posing and drinking from it.

After, we somehow ended up bringing along the other gaijin (foreigners) and one of their Japanese friends to a drinking and eating place not far from our ryokan. After some food and a drink, we bid them also goodnight. 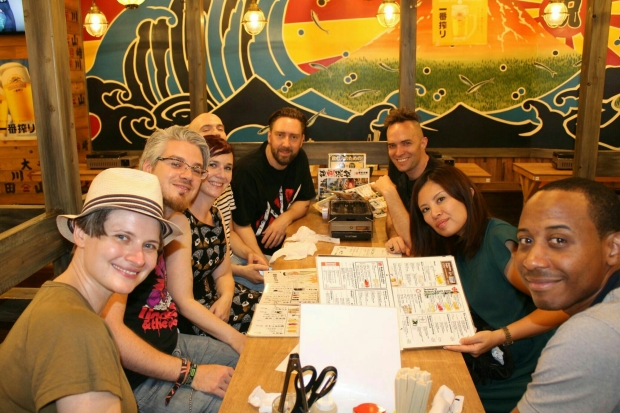 It was definitely a highlight! We were off to a great start for this vacation.