In the beginning of this trip, Matt and I ran into a couple of Belgians who very strongly urged me not to miss Ronda.

Usually, random tips send me to the best places. This time, not so much. The drive up there was lovely, big curving mountain roads, splendid views of the Costa del Sol then mountains of a national park. Ronda itself is much larger than we expected, but the old part of town was as picturesque as anticipated. Unfortunately, it is practically Disneyland. Busloads of tourists from all over the globe, following their umbrella-wielding guides. I haven’t seen (heard) so many Americans in one place since arriving on this peninsula. I got stuck in a large group of Japanese tourists who crowded into the tiny piece of shade I’d been enjoying. Not that I minded. They left eventually and I was still cooler than I would have been if I’d moved out of the shade just because they crowded in.

We had to drive through the thick of it first, trying to figure out where to park.

Finally we found a place, locked our helmets and outerwear to the bikes with bike locks, and set off. FIrst stop, a cafe with a lovely view, where we had a very overpriced drink. Still, it was nice to take a break.

Then we wandered up and through some of the windy lovely streets, admiring various landmarks and monuments. 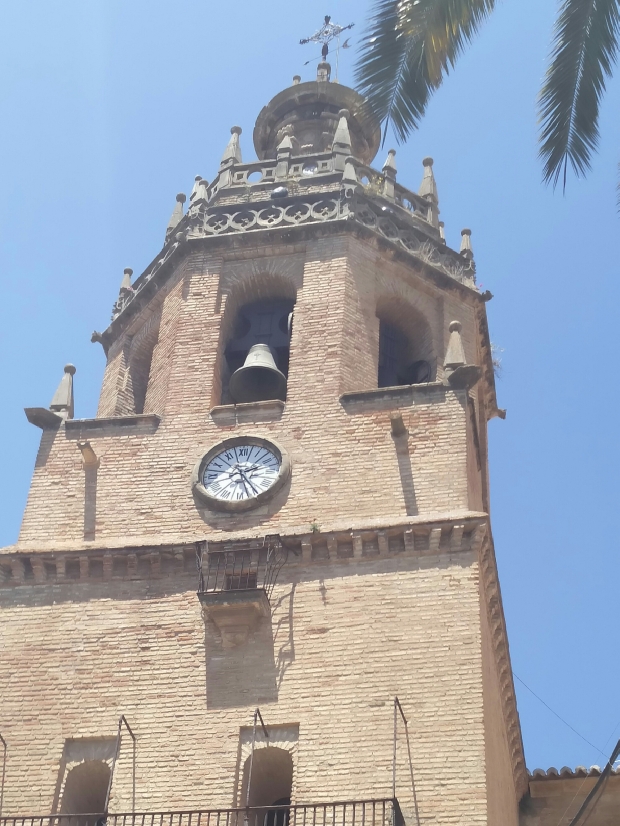 Eventually, I decided I was hungry, and led us to a tapas bar out of the main area, where we had a very cheap wide variety of yummy nibbles with some beer. We both felt we’d had enough of wandering, but we finished up the visit with a trip to see the bridge from a different angle. Lovely! 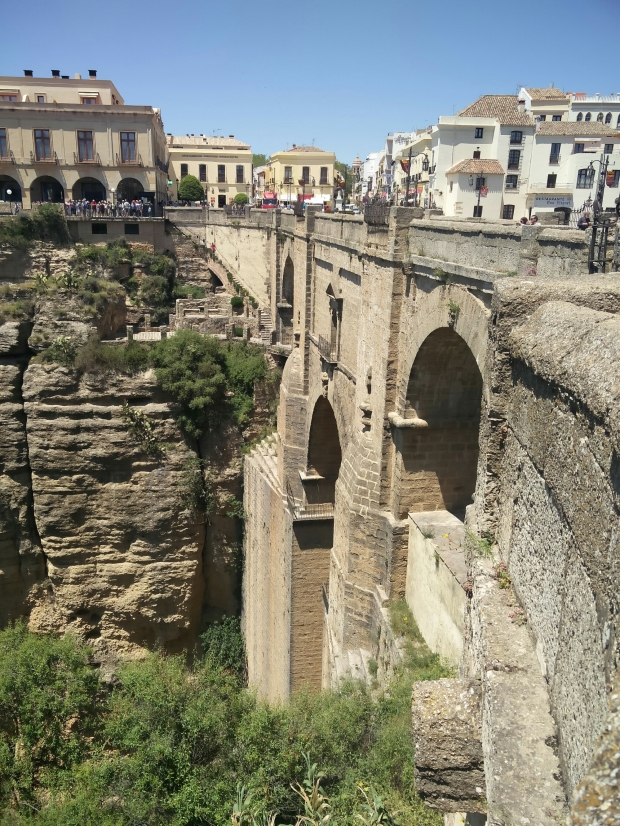 And then we drove back down the mountain, to the coast and our lovely campsite. We talked to the couple camped next to us for a while, had a swim in the pool, dinner in the restaurant, and are now enjoying sangria before bed. Salud!